In March 2016, one of the strategic goals approved by City Council was to create a downtown catalyst project that produces:

Since 2008, the city's commercial tax base in the area of the stadium has lost $250 million in value. The stadium will spur growth in restaurant, retail and residential properties in the surrounding area which will expand the tax base.

The proposed site is 11.5 acres between Elm Street, Lindsay Street, Gatewood Avenue and English Road. Five acres of the site will be the City-owned stadium, and six-and-a-half acres will be private development including a park, event center and children's museum and education cinema. 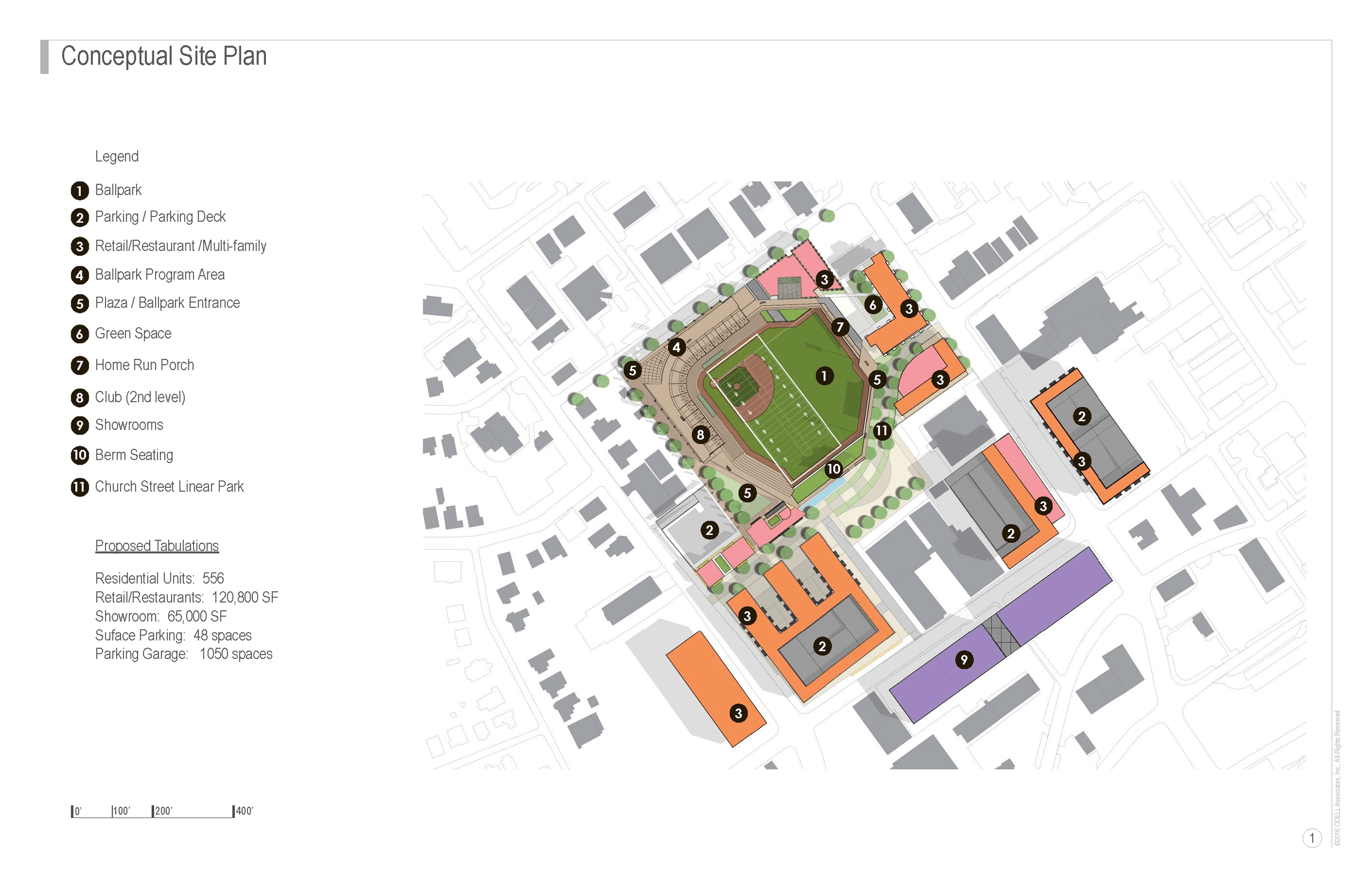 All in all, this catalyst project and surrounding development will lead to 200,000 people coming to downtown High Point for games and events year-round — in addition to Furniture Market.